Happy birthday to my favourite pup in the world!! This guy is TWO today! 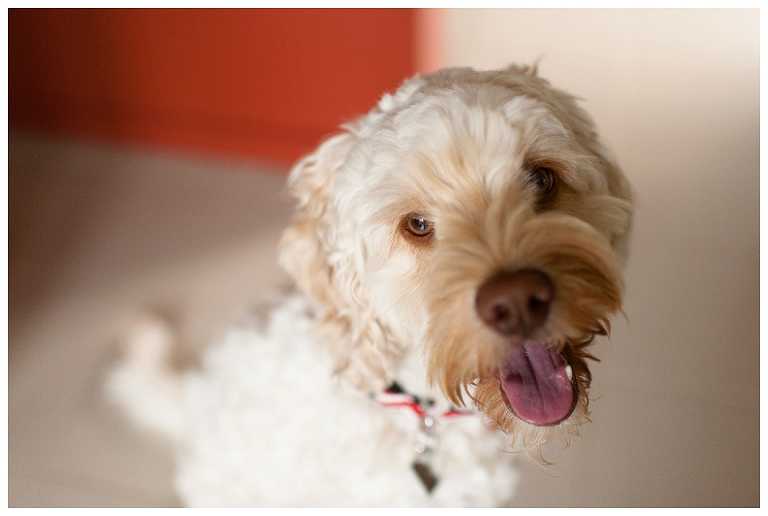 This sweet boy has bought so much joy into my life. When he first came into my life it was what I imagine having a child for the first time would be like. I was busy working out which vet to take him to, the best food to feed him and the most fun way to get him socialised.

There are probably some aspects of my parenting that other puppy parents might disagree with like the face that he sleeps in my bed and he sits in the front passenger seat of the car when travelling, but it works for me! When Luke and I first bought him home we had strict rules like he was going to sleep in the laundry and wasn’t to jump onto the lounge…but they flew out the window as soon as we lifted him out of his air crate at the airport.

He has grown into a funny pup with the biggest personality and I couldn’t imagine life without him. If you want to see more of him, then Instagram is the place to head, follow me @ivoryfoxphoto.

In honour of his birthday I’m sharing 10 things you might not know about my favourite fluff ball.

1. Eriks full name is Eriksen Fox-Whitten. When we decided to get a male puppy we brainstormed a lot of one and two syllable boys names that we knew we wouldn’t ever use for our future kids. Then Luke suggested Eriksen as homage to the family who built our first home.

2.  Erik was a timid, shy little guy and he spent his first puppy preschool lesson under my chair. By the end of the six week course he was playing with all the other puppies and his true social self burst out of him!

3. He LOVES soft toys and will bring them to you when he wants to play and to bed at bedtime.

4. Being picked up is one of his favourite things (even though he now weighs 11kgs!!) He even helps out by half jumping into your arms when you bend down to pick him up!

6. The day we bought him home an ant bit his eyelid and we had to prise it off.

7. Erik can sit & shake hands…but only if you are holding something edible

8. He makes working at the computer difficult. He will whine until he gets to sit on my lap and then he will snuggle into my shoulder and want to be held until he goes to sleep

9. His favourite words are “Mouse” “Mary” (my parent’s cat) “Treat” and “Ratty” (his favourite toy). When he hears these words his ears prick up in a funny spoodle-floppy-ear way!

10. He is a Spoodle (poodle x cocker spaniel) and doesn’t shed hair. This year I started grooming him myself and it’s resulted in some unfortunate haircuts for the poor fella.

11. He is a Queensland boy! We found him from a lovely breeder in Ipswich and had him flown to Adelaide via Jetpets (seriously, they were fabulous, so if you are worried about flying your pet give them a buzz)

Forgive me, I’m so obsessed with him it turned into 11 things! 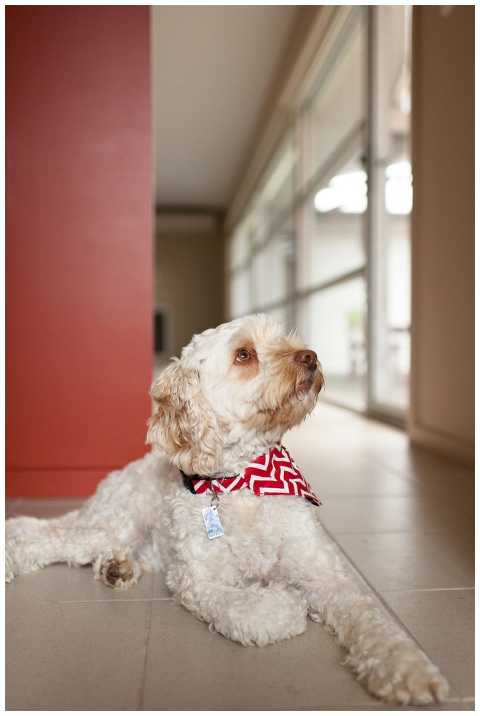 His brown nose kills me! It’s like a jube lolly! 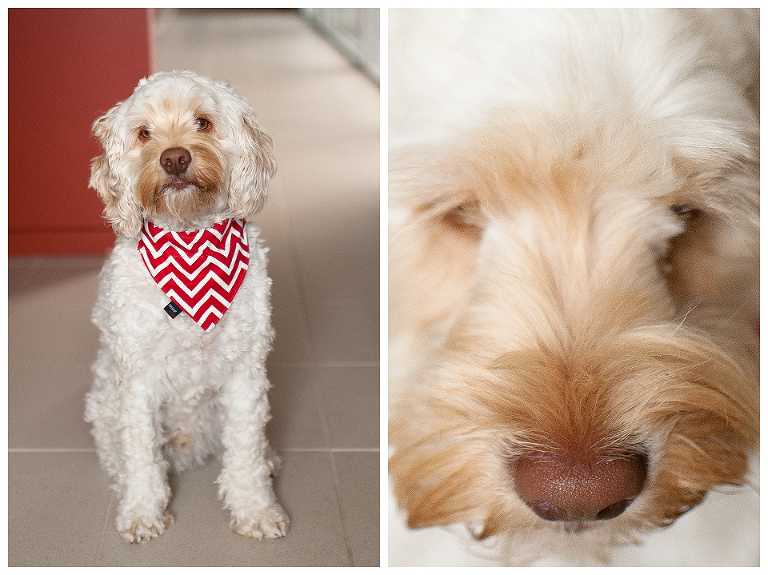 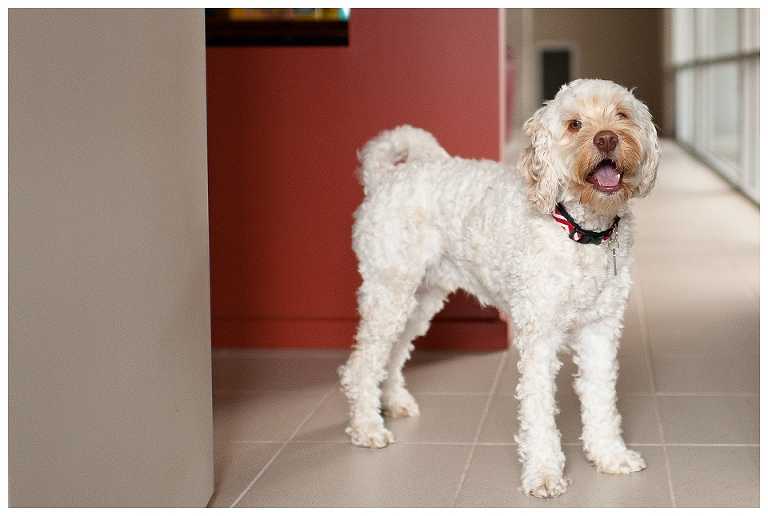 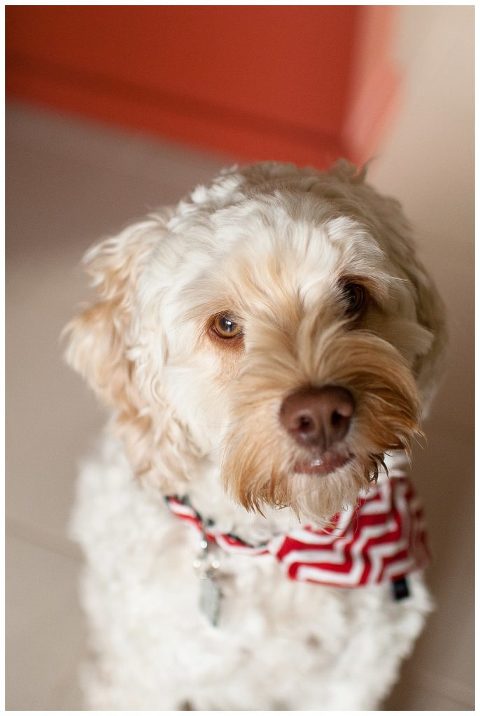 And some outtakes…because lets face it, puppys blink too! 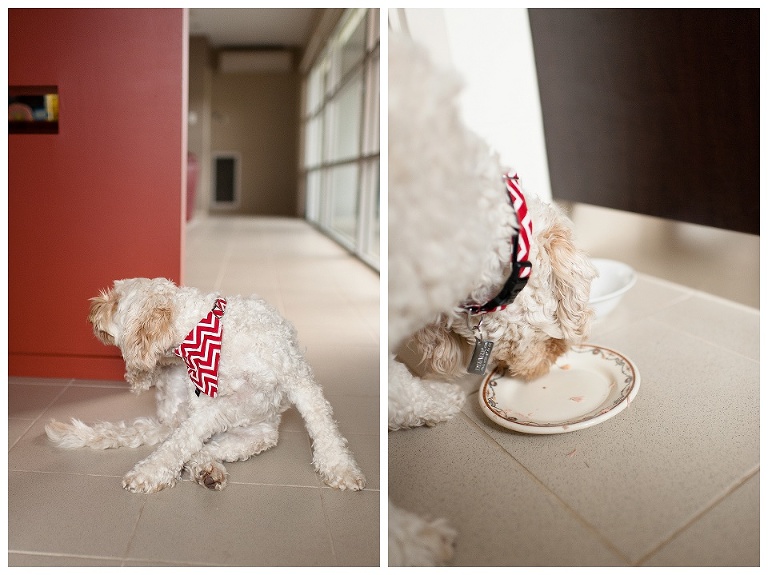 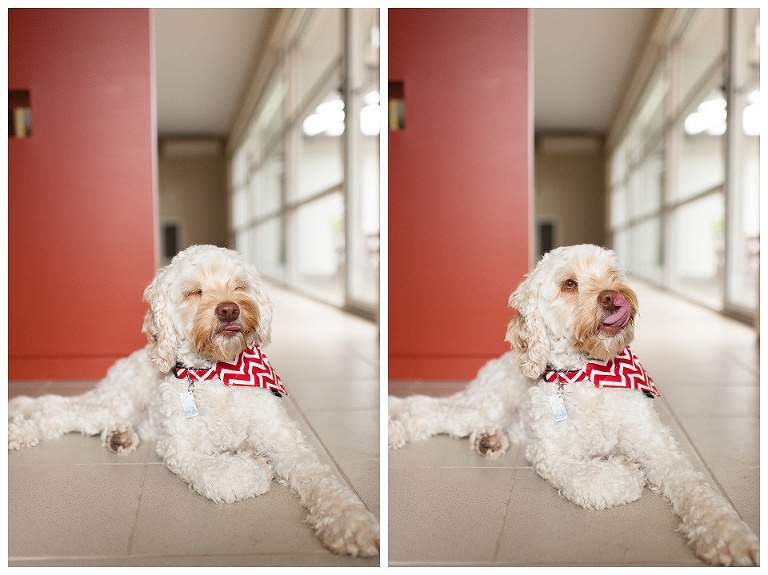 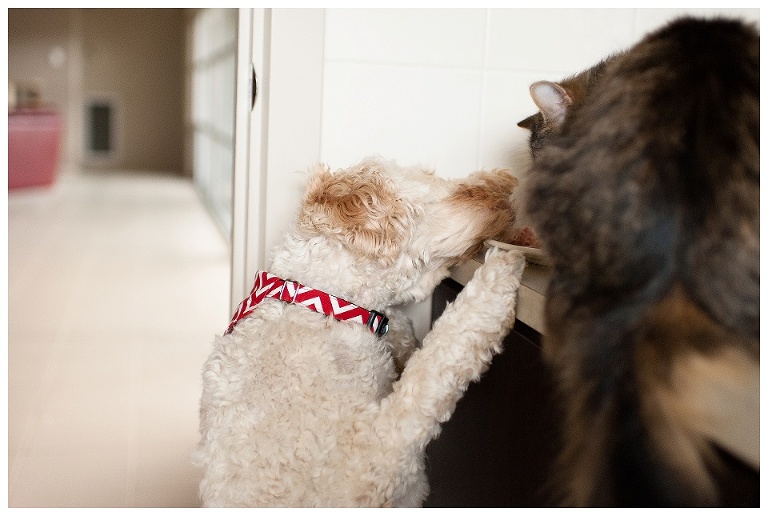